Today on the Octopus support board a bug was reported that at first seemed like any normal support request: 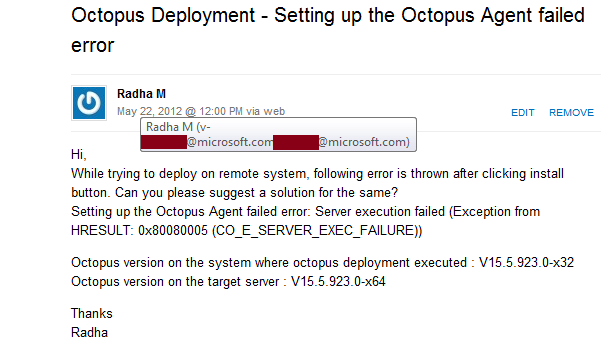 As I read through the report, a few things stood out:

This isn't the first time I've received a bug report like this:

What really made me chuckle is that the post was from a Microsoft email address (although at least it was only a v- vendor account). I suppose when Microsoft users come to me to ask for support for their own internal tools, I must be doing something right.

What should my standard reply for these kinds of wrongly-directed bug reports be? Here's my attempt: